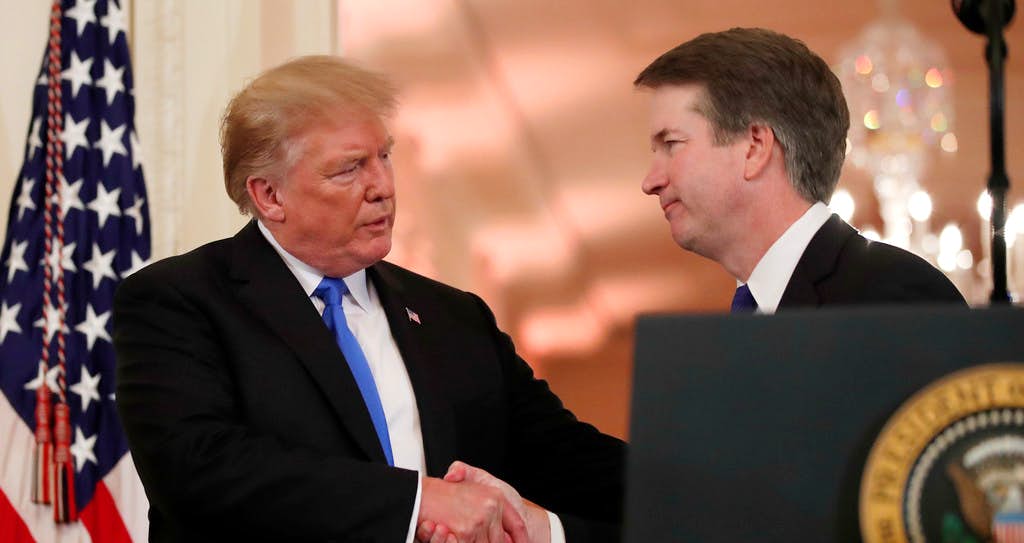 The month of June winded down with a foreseeable announcement from former Supreme Court Justice, Anthony Kennedy. After three decades of faithful service on the Supreme Court of the United States, Kennedy declared his retirement in a letter to President Donald Trump saying, “My dear Mr. President, for a member of the legal profession it is the highest of honors to serve on this court. Please permit me by this letter to express my profound gratitude for having had the privilege to seek in each case how best to know, interpret and defend the Constitution and the laws that must always conform to its mandates and promises.”

The Supreme Court vacancy immediately became the topic of conversation as President Trump searched to fill the void of the position that was often the deciding vote among the courts.

President Donald Trump announced the nomination of Brett Kavanaugh for Associate Justice of the Supreme Court of the United States on July 9, 2018. “Judge Kavanaugh has impressive credentials and extensive experience, having served more than a decade on the D.C. Circuit Court of Appeals,” said Sen. Susan Collins (R).

Putting partisanship(and Presidential ambitions) above their solemn duty to thoroughly vet judicial nominees, many Democrats immediately began fighting the Kavanaugh nomination before any review could take place. It was clear that Kavanaugh’s qualifications and credentials were not going to be taken into consideration by Democrats in the Senate but instead focus was shifted to delaying the confirmation process.

The National Archives and Records Administration estimates there is over 560,000 files from Kavanaugh’s stretch as the staff secretary and seemingly unlimited amounts of files throughout his career. This baseless excursion for trivial documents is sure to sidetrack any progress Americans are making toward filling its Supreme Court vacancy.